Scoliosis is a very common deformity of the spine causing a bend in the spine.

Scoliosis comprises of two abnormalities of the spine: a rotation of the spine causing a twisting effect of the vertebral bodies and also a lateral curvature making the spine bend from side to side creating an S shape. This spinal deformity can cause pain and fatigue however this is dependent on the degree of the curvature.

Scoliosis can affect different age groups. Idiopathic adolescent scoliosis is the most common type of scoliosis.

Scoliosis may also result due to a problem in another part of the body such as a leg length discrepancy, where one leg is longer than the other which causes a curve in the spine, or muscle imbalance due to lots of one sided activities including carrying a heavy bag repeatedly on one shoulder or racket sports.

What are the symptoms of Scoliosis?

There are several symptoms of scoliosis including:

The level of pain experienced due to the irregular shape of the spine can vary from being quite mild to severe and usually affects the area around the spine. Normally stiffness is also found in the neck and back.

How is Scoliosis diagnosed?

A qualified physiotherapist or doctor can confirm if you have scoliosis after carrying out an in-depth subjective history and objective assessment.

What treatment can Farrell Physiotherapy offer for Scoliosis?

Following assessment, your physiotherapist will create a tailored treatment programme to fit around your lifestyle and goals.

If your scoliosis is quite severe, bracing (particularly in children) or surgery may be indicated. Your physiotherapist at Farrell Physiotherapy will advise if this option needs exploring.

Benefit of physiotherapy for Scoliosis?

Physiotherapy at X clinic will assist with minimising the impact of scoliosis on your everyday life and can help strengthen the supporting muscles surrounding your spine and correct poor posture.

Our aim is to get you to your best in the shortest space of time.

Our Expert Physiotherapists in Witham and Chelmsford specialise in providing the latest treatments and techniques in order to get you pain free as soon as possible, cure the cause of your pain and help you to return to pre-injury levels of activity.

Furthermore, we'll also give you a bespoke exercise and rehabilitation program, and advise you on how to prevent re-injury and remain pain free.

At Farrell Physiotherapy we work with some of the uk's top insurance companies to ensure you're covered.

We can accept payment from AXA (PPP), Bupa, PruHealth, simplyhealth and Standard Life, if you have any questions about alternative payment methods, please get in touch with us using the contact form at the bottom of the page and we'll get back to you asap! 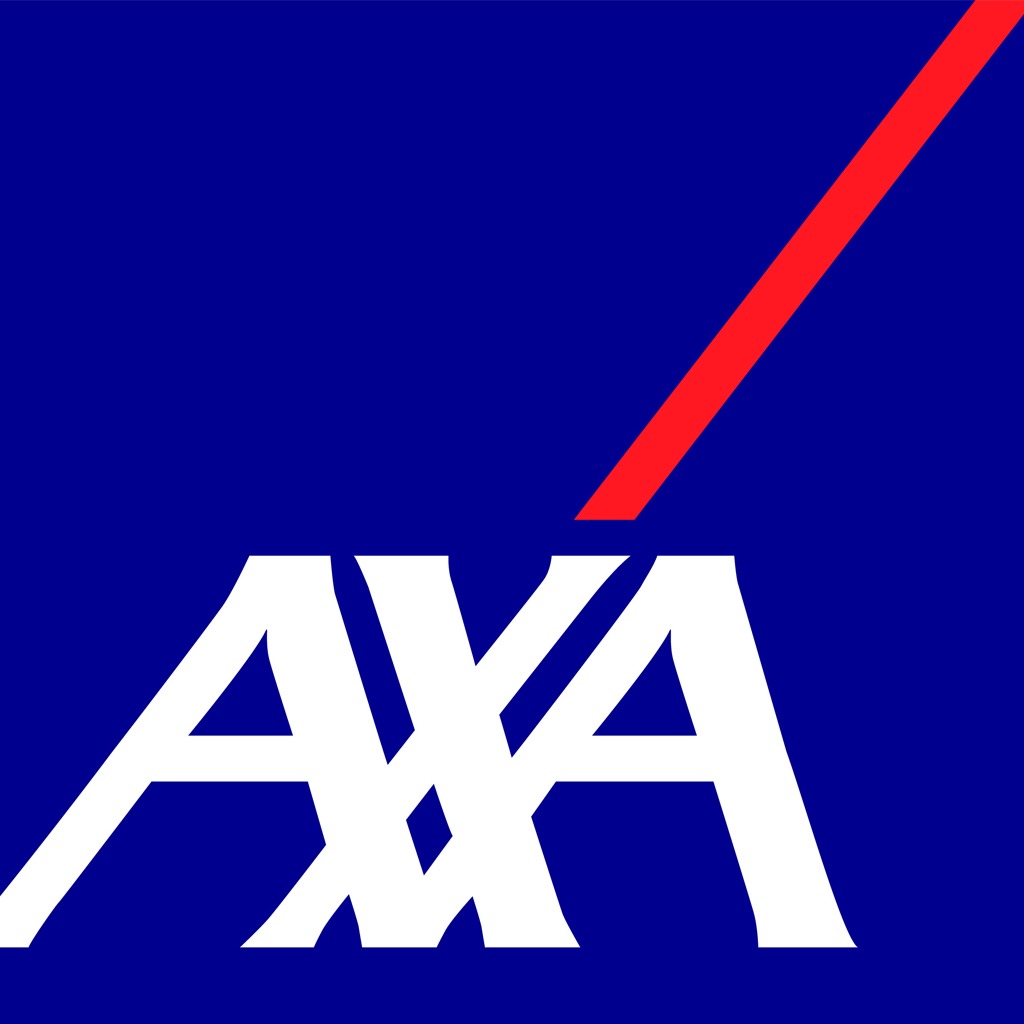 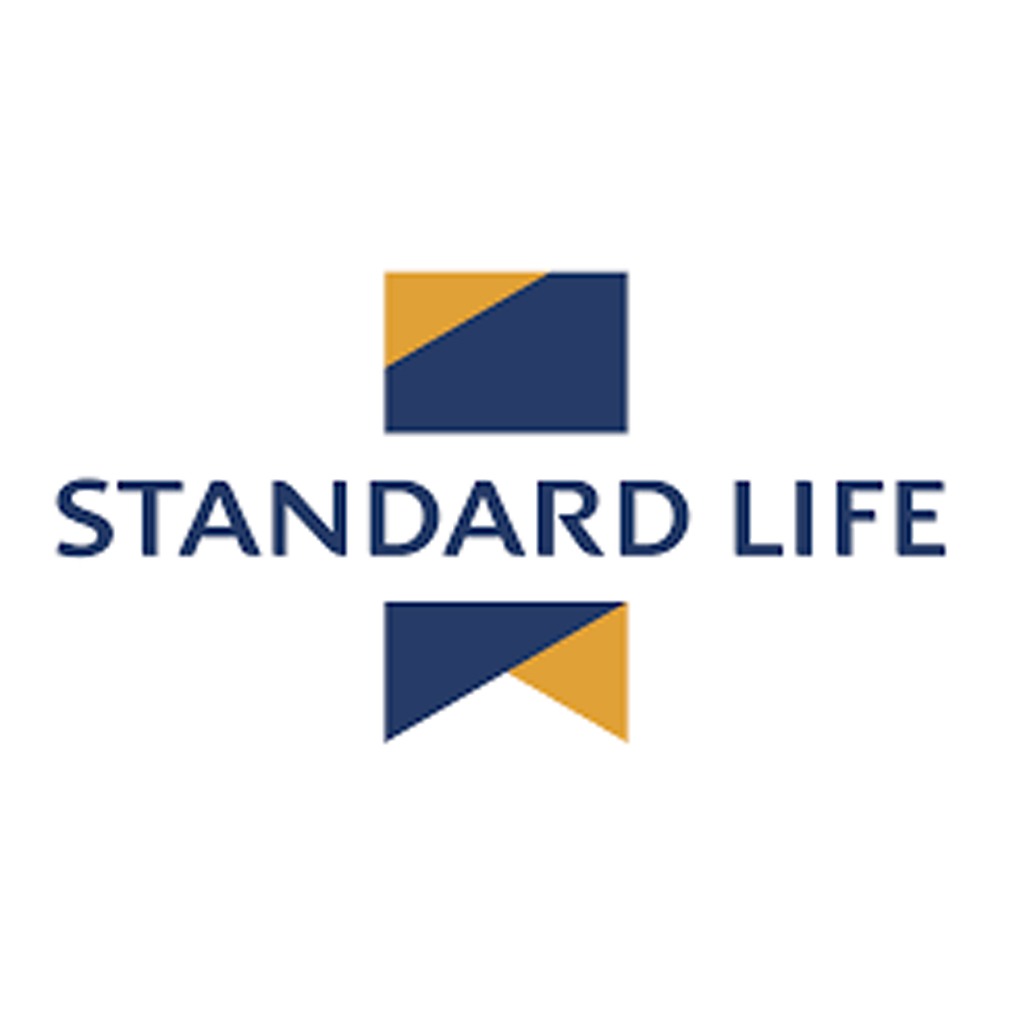 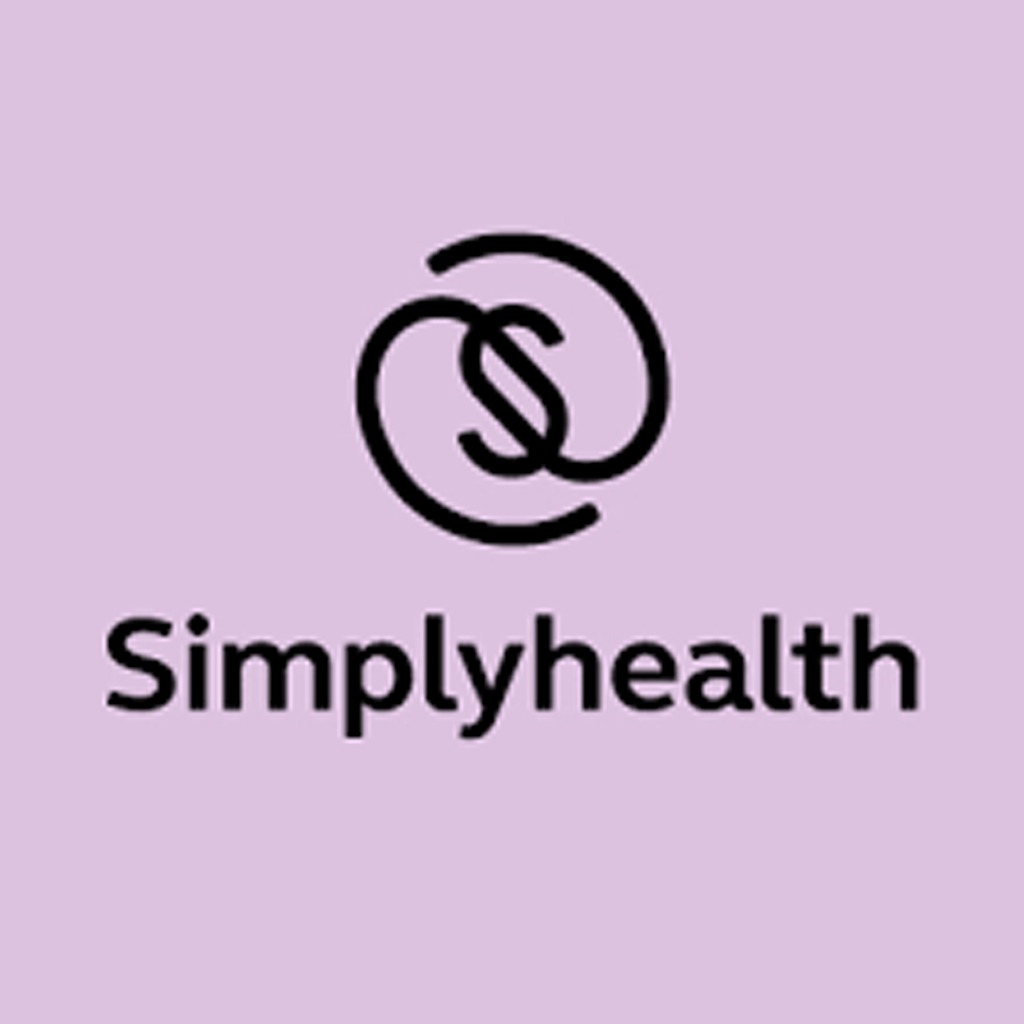 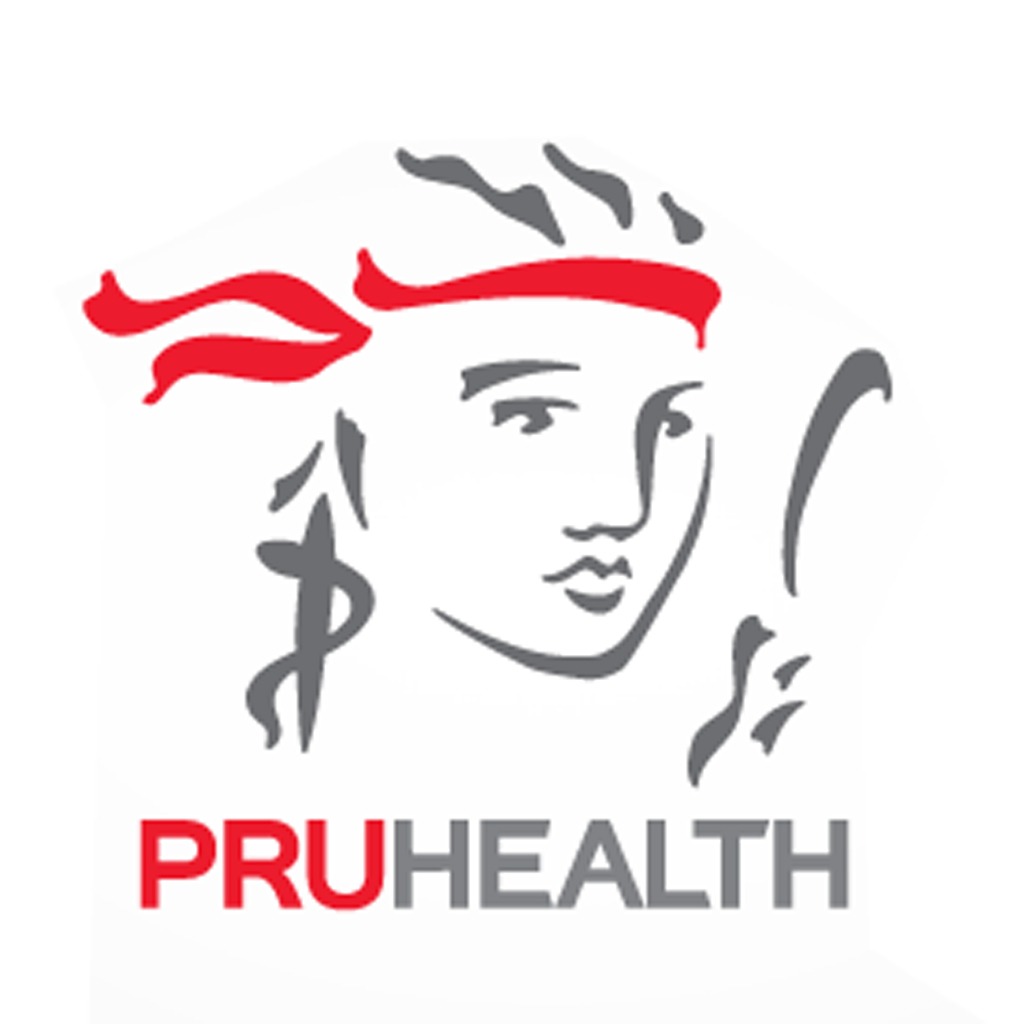 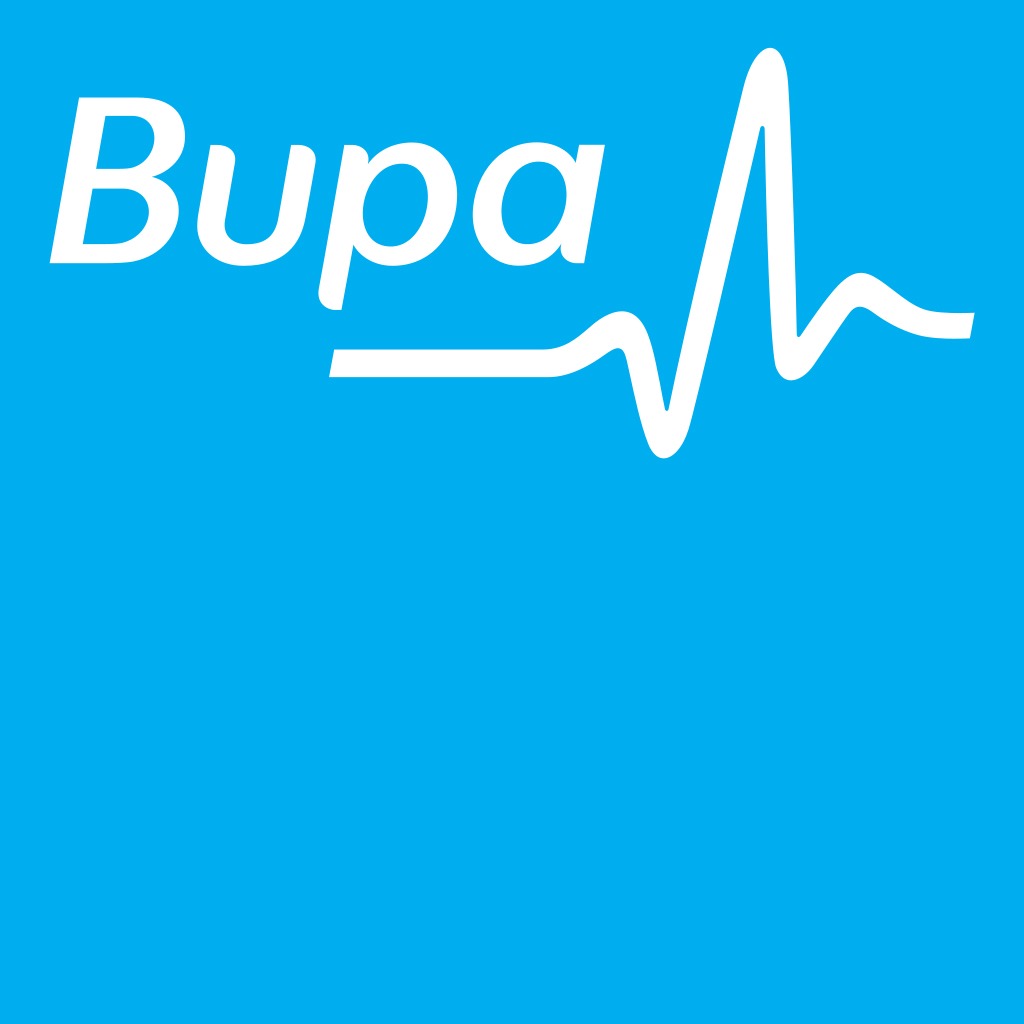 I recently injured my Achilles Tendon and I was able to get immediate treatment from a very enthusiastic physiotherapist at ‘Farrell Physiotherapy’.  I then had further regular treatment from Ben and continued with the follow-up exercises he gave me to do at home.  I found Ben’s enthusiasm contagious and with the treatment and advice he gave me I have been able to get back to regular activity.  I have been able to play 18 holes of competitive golf 4 days consecutively with there being no issues.

I was referred to Ben after a road traffic accident for pain in my neck. The service I received was excellent. He not only treated my neck pain but also helped me to correct my bad posture which was not aiding my recovery.
Ben is extremely friendly and gives a very professional service and I can’t thank him enough for resolving the problem. I would highly recommend him.

I am an animal physiotherapist myself and can not recommend Ben more highly. He is the human physio I have been searching so long for!! There are very safe COVID procedures, and a great friendly and efficient environment. Ben makes you feel welcome, explains things perfectly and always ensures you're comfortable.

Most importantly Ben has enormously helped me with my knees. After having radiographs, an MRI, seeing a NHS and another private physio - none of them could help in that way that Ben did in 6 sessions and continues to do so. I have a long way to go but I have never had any faith that my goals are achievable but with Ben I now do - thank you!!

I have recently completed a course of treatment with Ben Farrell and am pleased to highly recommend him to others. I went to see Ben when I was suffering with extreme pain due to a trapped nerve in my neck which caused pain to radiate into my shoulder, arm and hand. I got an appointment very quickly and Ben was able to diagnose the problem and work on alleviating the pain. Part of the treatment has involved improving my longstanding poor posture which I’ve had since a child and believed was something that could not be changed. Ben has also advised me on how to continue to work on this to avoid this problem from reoccurring in the future.

I visited the practice on personal recommendation following a doctor’s diagnosis of an as then unspecified “shoulder injury”. I had seen my GP as the increasing pain in my arm and shoulder was not only preventing me from lifting my arm above 90%, but was also increasingly stopping me from sleeping at night.

After an initial diagnosis session where Ben Farrell had quickly identified the actual problem, I then undertook a course of hands on physiotherapy and an increasing program of exercise. In view of the complexity of the problem (which I was advised had been going on for far longer than I has know), the physiotherapy program was, therefore, pretty comprehensive, however, always with excellent support and guidance from Ben along the way.

I am very pleased with the results and I am now both playing much better golf and getting a full night’s sleep. And, I have no problems lifting my arm its full range!!!! So, the next thing on the agenda will be the golf game at Benton Hall.

Before visiting Ben I had been suffering from pain in my achillies tendons, which had stopped me from running my first half marathon. I had previously visited other physios local to me but had made no improvement. On my first visit ,Ben immediately diagnosed that my problem was coming from an old lower back injury. I was impressed that he was determined to treat the root cause of the injury (back) and provide a long term cure, and not just focus on a short term treatment of my achilles. Ben’s friendly but straight talking manner made my visits very enjoyable. I was so impressed that I took my 14 year old son to see Ben when he had an injury prior to a very important football trial. I would not hesitate to highly recommend Ben to anyone .

Couldn’t have asked for a better service than I got in just 4 weeks I spent with Mr Farrell.

My first appointment with Mr Farrell was 4 weeks prior to running the London marathon and I was in no fit state to be able to run it due to a knee injury. Mr Farrell gave me a number of exercises to completely daily and a handful of one on one sessions as well. He also advised me on picking a better pair of running shoes to support my foot shape and create less pain in my knee.

A combination of the hard work put in by Mr Farrell and myself I managed to complete the marathon in just over 4 hours. A great achieve considering I couldn’t run for 4 months prior to the race due to my knee. My only regret was not going to see Mr Farrell earlier! Then I may have be able to probably train for it. Would highly recommend Mr Farrell to anyone, a very professional service and great results.

One of the main things I learnt when you treated me was your ability to dispel some of the old chestnuts about joint pain. Through your physiotherapy and advice I now walk more and cycle a lot. I do not rest up when I have a flair up, I do the maximum exercise I can without causing to great a discomfort to my joints. I avoid Painkillers if at all possible.

I can honestly say that you have helped me to take a new outlook on life. Thank you.

Ben Farrell was very thorough and professional when I went to him for treatment on my tennis elbow. He treated my posture as well as the elbow. The exercises he taught me both enabled the pain to go away and stay away, thus doing himself out of work! He and all his staff were very pleasant and friendly and I would recommend him unreservedly.

Ben is an excellent physiotherapist who provided a considered care plan that enabled me to achieve my goals. Ben in his unique professional and personable manner demonstrated judgement and considerable experience to assist my recovery

After suffering persistent shoulder pain for several months I went to Farrell Physiotherapy on the recommendation of my husband.

After only a short course of treatment and undertaking daily exercises I am now pain free.

I received excellent treatment for a foot and knee complaint that I thought would need an operation. It was very debilitating. However, after my course of physiotherapy sessions and continuation of exercises to do at home, I am now pain free and back to my normal exercise routine at the gym.

We have two clinic locations within the Essex area. Physiotherapy in Witham and Physiotherapy in Chelmsford, please use the map below to view contact details for the clinic that you would prefer to visit.

Monday to Friday
6am to 9pm
Saturdays
9am to 12pm
Same day & Emergency appointments available most times.

If you have any questions prior to booking just send us a message using the form and we'll be in touch asap.